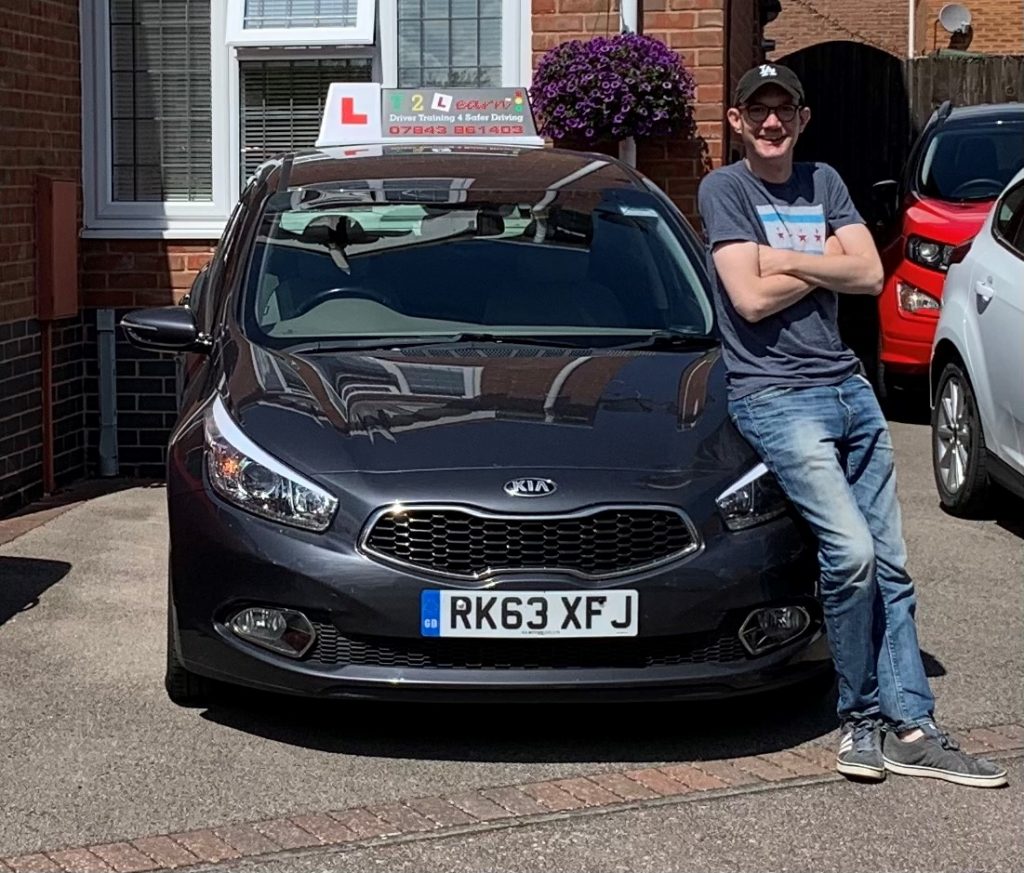 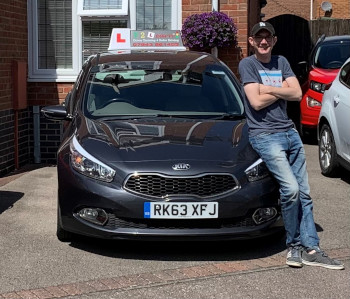 So It began we started the training once he had received his training material, our sessions lasted three and half hours. What did we cover at the start of every session? We would recap the action plan that Iain created at the end of the last session, and there were exercises for him to complete and pre-session videos which would allow him to plan and know what the session would be around.

We also discuss how his study for the part 1 test is going and if he required any support,

After the recap, we would assess Iain’s driving where he would be able to demonstrate the improvements he has made in preparation for his part 2 test – the driving test. An advanced examination but the same as the L – test but for 60 minutes. Including the emergency stop and two manoeuvres. Before, we would move to the instructional part of the training or the part 3 test, where Iain would have to deliver a lesson to a pupil with an examiner present.

I always remember how keen Iain was for his training sessions which allowed me to facilitate his training quickly, and his thirst for learning was infectious. Still, I wasn’t surprised when Iain told me he had pasted his part 1. In true Iain hunt style, he delivered result over selfie video to me.

So we moved to part 2, the driving test; Iain had been working hard to Eradicate the issues that would take him to a pass. The day came when we were ready to face the test; we met at the Wigston test centre in Leicester. I think you’ll find the answer in the video below.

Then came the training instructional training. Worked over 12 modules, wherefrom the start Iain had begun to be the instructor from day 1, through this part of the training, Iain learnt various techniques, learning styles and being client-centred the importance of rapport and non-judgemental attitudes, whilst also understanding what points he needed to make him a driving instructor, we used role play to reinforce the learnings.

When Iain was learning to be a driving instructor, he was also teaching at the first aid company; I remember him telling me that he had tried some of the coaching techniques within that training and how it worked. We moved through the training modules Iain was getting more and more confident. Within the training sessions, we also covered the 17 competencies that make the marking sheet of the part 3 test. Nothing was left uncovered, and we also made sure that Iain fully understood, and the concerns were all worked on before he went away to process his learnings.

Stay tuned for the next chapter in his story to reach the goal of being a driving instructor.